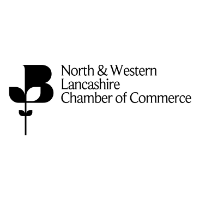 Login or register to view

Run by the North & Western Lancashire Chamber of Commerce, the Be Inspired Business Awards (BIBAs) is Lancashire’s longest running, largest and most prestigious business awards ceremony.

The 2008 event took place at Blackpool Tower and brought glitz to the business community with former Spandau Ballet front man, Tony Hadley, providing the entertainment to the 600 attendees.

Having took the Lancashire business community by storm, the BIBAs was quickly established as the ‘one they all want to win’.

The one they all want to win

The BIBAs grew from strength to strength across all fronts. It soon became the awards they all want to sponsor, with leading organisations from across the North West choosing to partner with the BIBAs.

The BIBAs switched its ceremonial home from Blackpool to Preston in 2012, as it was chosen to help commemorate the 2012 Preston Guild. The BIBAs’ team pulled off a major operational coup by staging the main event in a big top tent in Avenham Park, Preston.

Other awards by North & Western Lancashire Chamber of Commerce

Run by the North and Western Lancashire Chamber of Commerce, the BIBAs is the ‘the one they all want to...

The Be Inspired Business Awards, the BIBAs, is Lancashire’s largest andlongest running business awards programme. If you’re serious about your...

The BIBAs are a celebration of some of the most exciting companies and entrepreneurs based in Lancashire, showcasing their success...

View all awards by North & Western Lancashire Chamber of Commerce