In conversation with... Andrew Bailey 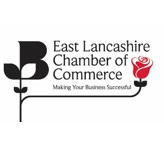 In conversation with... Andrew Bailey

Hosted by: British Chambers of Commerce

The ongoing impact of the global pandemic means that global economic conditions are likely to remain challenging in the short-term and the end of the transition period approaching on 31 December brings further uncertainty for UK business.

In this virtual event*, Dr Adam Marshall, BCC Director General will be joined by Andrew Bailey, the Governor of the Bank of England as part of our Global Insights Leaders Programme.

Topics on the agenda include:

Andrew Bailey - Governor of the Bank of England

While retaining his role as Executive Director of the Bank, Andrew joined the Financial Services Authority in April 2011 as Deputy Head of the Prudential Business Unit and Director of UK Banks and Building Societies.

Andrew worked at the Bank in a number of areas, most recently as Executive Director for Banking Services and Chief Cashier, as well as Head of the Bank's Special Resolution Unit (SRU). Previous roles include Governor's Private Secretary, and Head of the International Economic Analysis Division in Monetary Analysis.

If you're a member of East Lancashire Chamber of Commerce this event is no charge for you/your colleagues to attend. Non-members £20 plus vat.

*Your joining link will be sent to you once your registration has been processed.

Moving it in Lancashire

The return of East Lancashire’s logistics network Moving it in Lancashire sponsored by Specialist Training. Fuel is probably one of...

It’s More Than Just The Cause! Fire isn't just something that happens, an act of God or an unfortunate event...

Is your business ready for Brexit?Does your company use customs agents and intermediaries to help you trade with the EU?If...

Adopting new technology and streamlining your business via digital transformation As we welcome back the Making it in Lancashire group,...

Address: Venue to be confirmed

Rush Hour has always been one of our most popular events, offering quality networking in a relaxed atmosphere. This quarterly...