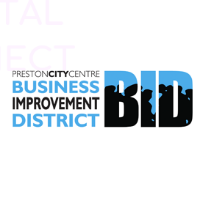 Contact Book now Calendar
A FREE city centre event from Preston BID, supported by St George’s Shopping Centre.
The event, which does not require a ticket, will take over the city’s Flag Market on what is hoped will be a sunny Saturday afternoon.
Confirmed to play at the event is music and TV legend Martin Kemp, the UK’s hottest party-band ‘Boomin’, Lancashire favourites ‘Ska Face’, and chart-toppers Rak-Su.
******************
Spandau Ballet legend, Martin Kemp, is bringing his ‘80s anthems DJ set’ to the Flag Market, reminiscing over the best decade for pop music with a feel-good set of huge hits! Since his role in the global success of Spandau, Martin has carved out a huge career on TV and on both sides of the movie screen.
Martin’s DJ set will be complimented by a full-on eclectic performance from Adam, Rory and Edd, who make up ‘Boomin’.
*******************
10-piece band ‘Ska Face’ will bring the sounds of the biggest 2-Tone classics from Madness, The Specials, The Selecter, The Beat & Bad Manners to the event, and definitely get people moving!
*******************
‘Rak-Su’ are not only the first male band to win the X Factor, but also the first ever act to have had three of their singles top the UK iTunes chart.
*******************
Dimelo, the group’s duet with Wyclef Jean and Naughty Boy, debuted at No.2, spending three weeks in the Top 10 of the Official UK chart. Rak-Su achieved an incredible five songs in the iTunes Top 6 at one point, including their huge international number one hit, ‘Dimelo’.

Other events by Preston BID

Because we missed out on so much in 2020, we promise to make your outdoor event experience of the summer...

Christmas Concert and Lights Switch On

Preston is set to be ‘lit up’ during the glittering Christmas Lights Switch On, on Saturday 23rd November from 5.30pm....

Preston’s Flag Market is being transformed in to a EUROS Fan Zone for the very first time. Preston BID, in...

View all events by Preston BID