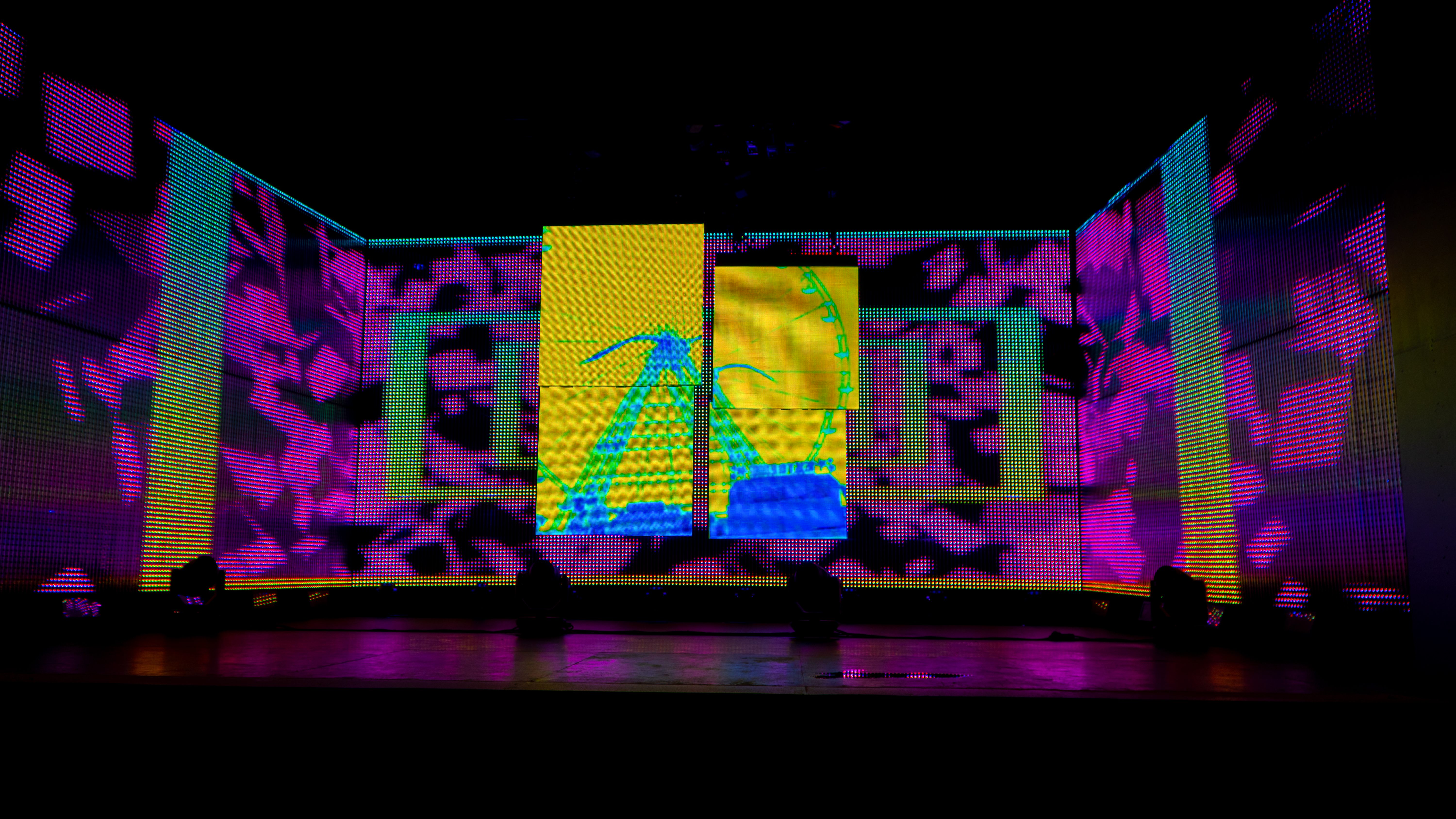 Blackpool, England-  The annual Blackpool Illuminations Festival is underway and over a million bulbs stretch for six miles along the seaside resort of Blackpool are shining bright. The annual lights festival, founded in 1879, is held each autumn and runs for sixty-six days. 4Wall Entertainment contributed to this year's event by transforming the Theatre D'Amour into an experimental art installation showcasing lighting and video technology called the '4Wall Theatre of Light.'

4Wall UK's Simon Stuart has attended The Illuminations dozens of times and was eager to bring this new attraction to the festival.

Following a meeting with the Blackpool Illuminations team and Theatre D'Amour Designer Laurence Llewelyn-Bowen, Simon's childhood ambition of telling a story with light was set into motion.

"I have loved Blackpool since I was child," Simon explained. "The story of lighting can be seen through the history of the town and how lighting has developed from tungsten light bulbs to modern-day LEDs."

After a well overdue catch up over coffee and brainstorming ideas, Blackpool Illuminations Manager Richard Williams and Simon came up with a scenario to bring something new and exciting to the festival for the millions of visitors to enjoy.

"Through our meetings we developed a concept with Laurence, bringing modern technology into what was formerly the Theatre D'Amore, which has been on the Blackpool seafront for 10 years," Simon said.

4Wall's Howard Dean and Ben Perrin were brought in to transform the theatre with the help of the extremely talented Alex Burrows to look after all the motion control, accompanied by Joe Willcox to program the lighting.

Howard Dean took complete control of the building regulation, specifying and having to build all the custom brackets to suspend the mother grid and I-beam sections to the existing framework. Once they were in position, all the Kinesys motors needed for moving the screens left to right and up and down were finally installed.

"We had to revamp the entire structure," said Howard. "It was stripped bare and a truss support structure was built to hold the Martin Professional LED video panels, dozens of Robe LEDBeam 100 and SGM Light Q-7 fixtures."

The head of graphics design for Blackpool Lightworks Emma Campbell, worked alongside Laurence to create the bespoke Blackpool content for the screens working on a seasonable theme.

Ben and Simon provided design and programming support for the installation, along with all visuals and CAD drawings for the fit-up and preparation of the theatre to accept the vast quantity of equipment.

Inside the '4Wall Theatre of Light' structure is a mother grid suspending twelve motorized beam trolleys controlled by Kinesys Elevation Liftket hoists for the left to right movement of the flying screens. A further eight motors and Kinesys controllers were used for the four horizontal I-beams allowing vertical up and down movement.

The show movements run for a total of twelve minutes.

"This has been one of the most complex shows I have programmed with Kinesys so far," said Alex Burrow.

"He totally got where I was coming from in relation to creating non-mechanical movements and gave me the balletic moves I needed," explained Simon. "He was a great asset to the 4Wall team."

Joe Willcox performed his magic on the Avolites Sapphire Touch console and programmed through the night with Ben & Simon.

"Joe had nothing but praise for the Avolite console, and in his words 'I made it sing boys'," exclaimed Simon.

The show takes twelve minutes to run and usually runs around 4-5 times an hour throughout the night.

"Our hope is to get to people to park and get out of their cars more to look at what's going on locally and get involved with seeing the illuminations by foot rather than through the car windows," Simon said. "Look at what is created by the local people who work here. Let the children know the history, let them know how technology has changed, and remember jobs that local children can aspire to for the future, especially within the creative industries."

The '4Wall Theatre of Light' will be in operation for the entire 9 week run of the Blackpool Illuminations Festival. 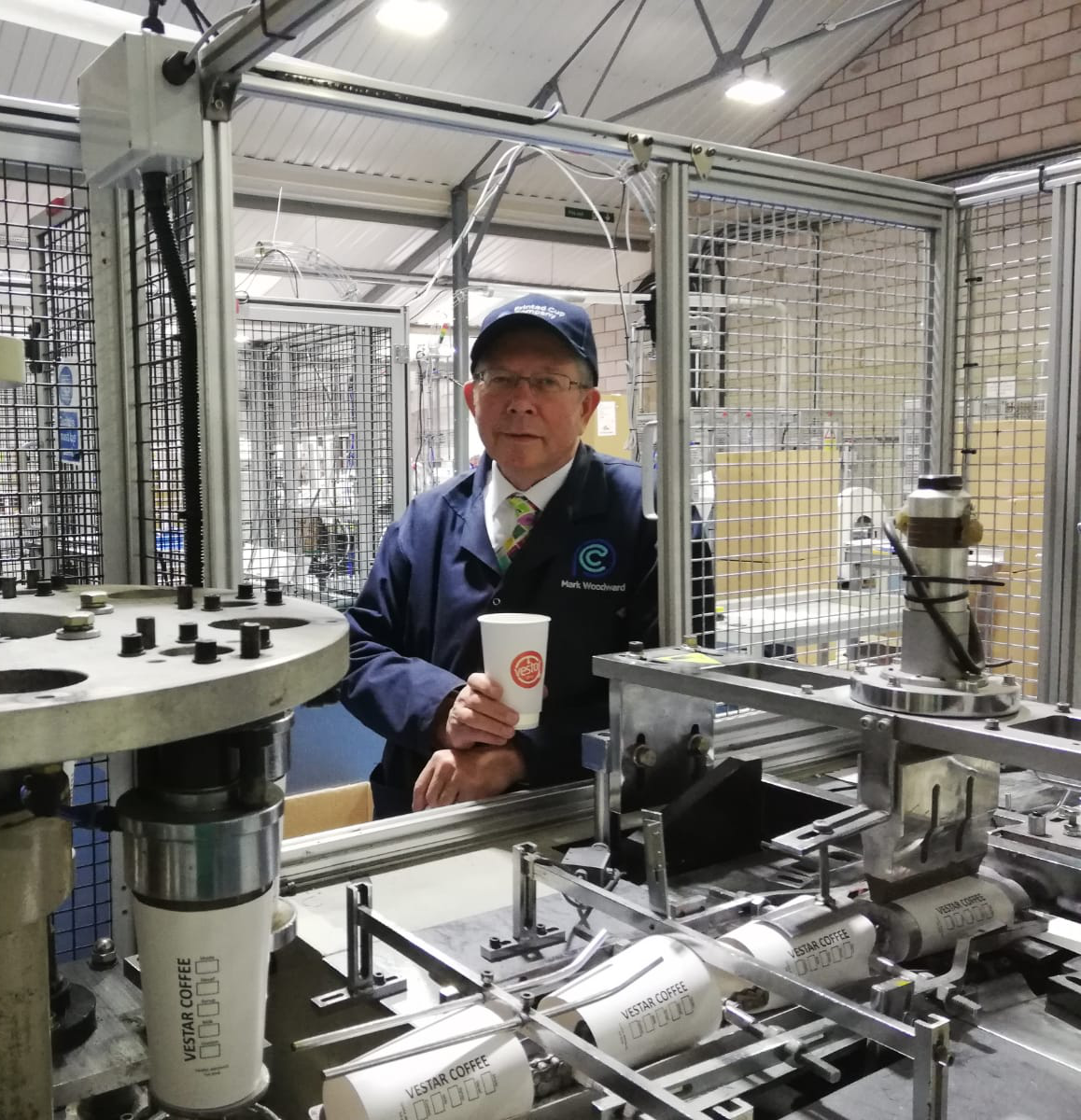 Cup of success for printing company

By: University of Central Lancashire

Ask Mark Woodward about the value of his recent relationship with the University of Central Lancashire (UCLan), and surprisingly his... 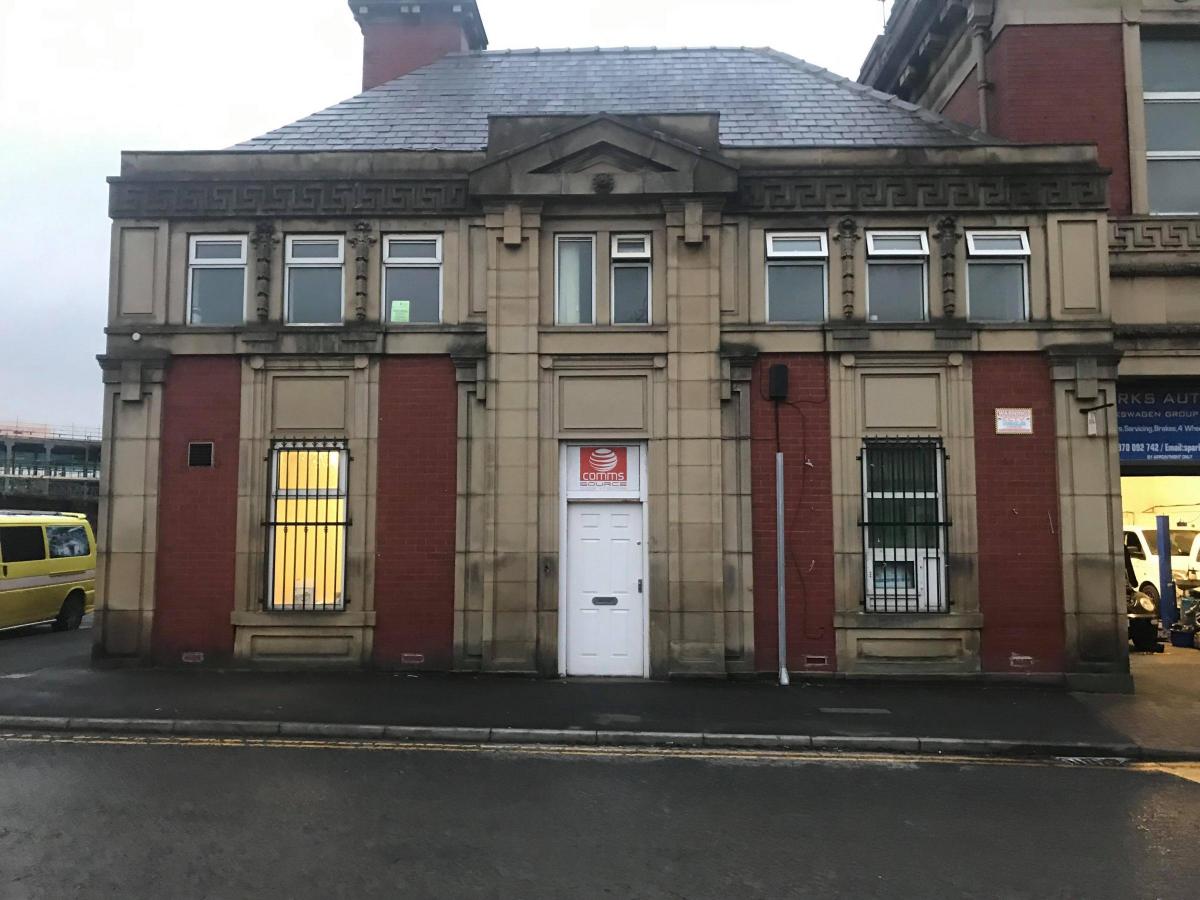 Blackburn Inspiration Station need volunteers if they're to open before Summer!

Lancashare members Personalising Freedom are due to launch an initiative soon, a new resource centre for carers and people with...

Danbro is delighted to announce the official launch of the Danbro Foundation, coinciding with our 20th year in business. The...

Shop around when it comes to replacing your car’s battery

Your car’s battery is one of the most important items on the vehicle. Without it, you’re really not going anywhere....